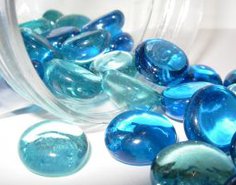 Everyone occasionally feels blue or sad, but these feelings are usually fleeting and pass within a couple of days. When a person has a depressive disorder, it interferes with daily life and normal functioning.

Many people with a depressive illness never seek treatment, but the vast amjority, even those with the most severe depression can get better with treatment.

Major depressive disorder, also called major depression, is characterized by a combination of symptoms that interfere with a person's ability to work, sleep, study, eat, and enjoy once–pleasurable activities. Major depression is disabling and prevents a person from functioning normally.

Dysthymic disorder, also called dysthymia, is characterized by long–term (two years or longer) but less severe symptoms that may not disable a person but can prevent one from functioning normally or feeling well.

Some forms of depressive disorder exhibit slightly different characteristics than those described above, or they may develop under unique circumstances. However, not all scientists agree on how to characterize and define these forms of depression. They include:

Psychotic depression, which occurs when a severe depressive illness is accompanied by some form of psychosis, such as a break with reality, hallucinations, and delusions.

Seasonal Affective Disorder (SAD), which is characterized by the onset of a depressive illness during the winter months, when there is less natural sunlight. The depression generally lifts during spring and summer. SAD may be effectively treated with light therapy, but nearly half of those with SAD do not respond to light therapy alone. Antidepressant medication and psychotherapy can reduce SAD symptoms, either alone or in combination with light therapy.

People with depressive illnesses do not all experience the same symptoms. The severity, frequency and duration of symptoms will vary depending on the individual and his or her particular illness.

If you have depression, you may feel exhausted, helpless and hopeless. It may be extremely difficult to take any action to help yourself. But it is important to realize that these feelings are part of the depression and do not accurately reflect actual circumstances. As you begin to recognize your depression and begin treatment, negative thinking will fade.

The National Institute for Clinical Excellence (NICE) has determined that Cognitive Behavioural Psychotherapy (CBP) is a primary treatment of choice for overcoming depression.